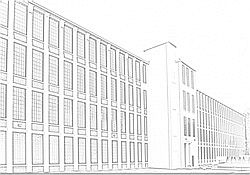 360° started as the R&D and testing divisions of an original equipment manufacturer, also headquartered in New York. That team in the 90’s became the core of what we are today.